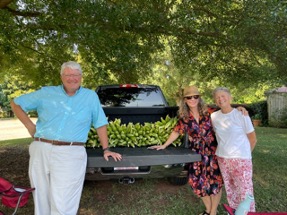 I hope you were able to enjoy some of the sweet corn we grew this year at church.  It was pure joy on Sunday July 11th, when we distributed 338 ears of corn between the church services.

John Cline and I had picked this corn just a few hours earlier and it had to be transported only a few hundred yards to be distributed, which is garden to church to table Creation Care!  Sweet corn is the sweetest at the time of picking and then the sugars start converting to starch.

The pad and pen in the foreground of the picture of John to keep track of just how many ears we picked from our nine 60′ rows.  We harvested a total of 800 ears of corn that we shared not only with our parish, but with the food bank at CCM and the Community Free Clinic.

Of all the summer vegetables, sweet corn is among the most enjoyed by children of all ages and, let’s be honest, a darn fine excuse to get out the butter and salt shaker.  I wanted to share the story of this year’s corn crop in pictures and words, explaining to you how it is part of our Creation Care ministry at All Saints’ Episcopal Church.

The story starts with regenerative agriculture techniques to slowly amend our 100% clay soil into a less dense soil that is a more nutrient- and humus-rich loam.  I estimate that will take about five years.  So, this past Fall, after tilling in the shredded corn stalks from last year, we planted our second annual cover crop of 5 pounds of crimson clover seed.  This plant works as a “green manure” to take nitrogen out of the air and fixes it into the soil by way of special root structures, called rhizomes.  Like the Holy Spirit, these roots work unseen below the surface to benefit the plant and Creation.  The clover also sequesters carbon dioxide and prevents soil run off from the winter rains.  If allowed to blossom crimson clover is a lovely plant and a great way to attract pollinators to the garden.

This year it was just at the start of Holy Week that the clover was mown down so that the corn could grow in its place.  The analogy to Jesus’ sacrifice on the cross is always on my mind as I am mowing down living clover which must die for the next crop to be planted.

I was thrown a curve ball this year, as in the midst of mowing I experienced a terrible asthma attack from breathing in aerosolized tree pollen sitting on top of the clover plants.  A few days later I came back with my mask and face shield on and finished the task.

I am much more careful these days about wearing my face mask and shield when I’m using the line trimmer.  They have prevented any further asthma attacks from this activity.

The next step was to till the garden which was completed in early April.

We use an implement on the tractor to help make hills on which to plant the sweet corn. You can see that the soil remains heavily clay-based.

The next step was to till the garden which was completed in early April.  We use an implement on the tractor to help make hills on which to plant the sweet corn. You can see that the soil remains heavily clay-based.

Planting day was on April 17, which was a lot of work.  We completed hilling the soil into 60′ rows.  Next we spread 1.5 cubic yards of organic raised bed mix from Wallace Farms along the top of each row so that the seeds would start in better soil than clay and amend the soil in the process.  You can see that we were having fun while hilling and spreading soil!

We also installed two 50′ rows of fencing so that we could plant peas and cucumbers to grow up the fences.  We planted 1 pound of Serendipity sweet corn from Park Seed into the rich organic raised bed mix, tamped it down, and applied an initial fertilizer feeding.

Gardening is a great multi-generational activity.  Elizabeth Solomon and her granddaughter Adalie planted cucumbers in this row, while others planted peas in the adjacent row and corn in the rest.

Next we installed drip irrigation on top of each row. You can see in the picture also the Good Year blimp.  I guess the word got out what we were doing at All Saints’ and so they sent the blimp over to cover the action!  Seriously though, this was not photo shopped!

Elizabeth and Adalie returned to harvest cucumbers three months later on July 21.  The cucumbers were delivered to the CCM food bank and shared with the parish, friends, and family.  Some were transmogrified into pickles, which is my favorite way to eat cucumbers.

Michigan State University estimates that an acre of corn sequesters 36,000 pounds of carbon. If we convert the 2,400 square feet to acres and do the math, that means this year’s garden pulled over 1,900 pounds of carbon from the atmosphere, which is good Creation Care!

Soon we will be rolling up the fencing and irrigation lines and putting them in storage for next year.  Then the cycle begins again as we cut down the dead corn stalks, till in the mulch, and plant another cover crop.  Among our fond memories of this year’s garden is captured in the picture of Lincoln Steinberg enjoying some of this year’s corn crop!

With gratitude to the many volunteers who make this ministry happen, I remain, faithfully yours,
Mark D. Robinson, MD, retired. 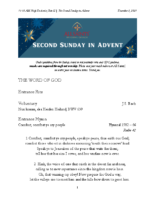 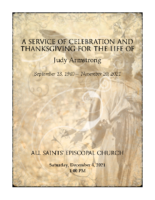 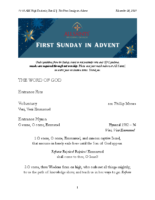